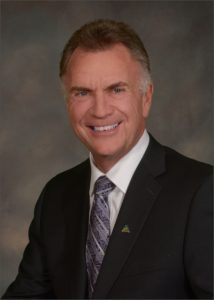 I’ve lived in Deux-Montagnes all my life and I’m proud to call it home. Without giving away my age, I can tell you that I’ve witnessed the last 60% of the city’s history with my own eyes. You could say we grew up together and our stories are very much intertwined. That’s one of the many things that make Deux-Montagnes so special to me.

My father decided to settle in Deux-Montagnes because of the easy access the train provided to his workplace in Montreal morning, noon, and night. And quality of life that couldn’t be beat. Suburban living at its best with parks and wide-open spaces where kids could play to their hearts’ content.

Playing in the streets with other kids in the neighbourhood is how I learned to speak English at an early age thanks to city’s robust anglophone community. This healthy spirit of mutual support is still going strong and the reason why Deux-Montagnes’ linguistic communities live in such harmony today.

As a kid, I used to go swimming in the outdoor municipal pool, play soccer in Parc Central, skate on the rinks at Parc Olympia, and play hockey with other kids there in our own league. That was before we had the arenas.

I can’t tell you how proud and pleased I am to see that the same facilities are still making great memories for kids in 2021 and that so many families are still deciding to make Deux-Montagnes home for the same reasons people did way back when.

And through it all, the train has remained the main attraction for living in Deux-Montagnes and the main vehicle for city’s ongoing development and success.

At first, in the 1920s, Deux-Montagnes was primarily vacation homes with the train bringing vacationers up in droves to enjoy Lake of Two Mountains and all its wonders. Over the years, as more and more families made Deux-Montagnes home, it gradually evolved from rural to urban. I can still remember a time when my father used to go hunting rabbits on land where the Polyvalente Deux-Montagnes now stands. Now that’s what I call a change of scenery!

The modernization of the railway network and the construction of the Deux-Montagnes station in the 1990s spurred the development of the Gare and Coteau neighbourhoods. We enjoyed a real population boom, going from 11,000 to 17,000. Deux-Montagnes is now home to 18,000 happy residents.

In those years, when it came time for me to start a family of my own, there was never any doubt where that would be. As far as families are concerned, I knew that the good life begins in Deux-Montagnes. Among the many advantages my children enjoyed was easy access by commuter train to the CEGEPs and universities of their choice as they got older.

In 2019 the good life in Deux-Montagnes was given national exposure in Maclean’s  magazine which ranked our city as No. 1 in Quebec for quality of life and No. 8 in Canada among the best cities to raise a family in. Later that same year Deux-Montagnes was ranked No. 4 on the list of the best cities in Quebec to live in by L’actualité magazine. I’m very proud of these top rankings especially since they demonstrate that the daily efforts made by my team and our municipal managers to provide Deux-Montagnes residents with all the services they need to enjoy living in a safe and healthy environment are paying off.

And as our city prepares to celebrate its 100th anniversary with REM train service on the horizon, we find ourselves at another major junction in our development. We can already see signs of the impressive changes coming with the increased densification of the neighbourhoods around the two new train stations being built. I have every reason to believe these changes will present opportunities that will benefit everyone living here.

Deux-Montagnes has been continually changing for the better year after year since 1921. As mayor of this beautiful city, my sincere hope is that it will continue to develop in its second century in a way that ensures the sustainability of its services and maintains the quality of life that sets it apart. So that Deux-Montagnes will always be the city of choice for raising a family. So that our skating rinks, our library, and our numerous other facilities built by our predecessors be a part of our urban landscape for many years to come. And so that Deux-Montagnes evolves to fill the needs of future generations, while preserving that special charm that’s made it such a great place to live for the past 100 years!