Deux-Montagnes, July 15, 2020 – It is with great sadness that the City of Deux-Montagnes has learned the death of a great lady, Mrs. Annette Savoie, which occurred on July 10 in Deux-Montagnes. The City wishes to offer its sincere condolences to the family and loved ones of Mrs. Savoie, who had just celebrated her 110th birthday.

Pioneer for the City of Deux-Montagnes, Annette Savoie is the first manager of the Deux-Montagnes municipal library and one of the main actors in its municipalization, effective in 1978. In 1986, she even wrote a book about the history of the Deux-Montagnes library, in which she addresses the work accomplished and the struggle to have the library entrusted to a documentary professional.

After naming a street in the name of this exceptional women in 2000, the city council decided to name the conference hall in honor of Mrs. Annette Savoie in 2010, the year marking her 100th year of life. This tribute is paid in recognition of his unwavering involvement for the library and his commitment to his community. The City then unveiled an honorary work produced by the Deux-Montagnes artist Marie-Andrée Côté, which still adorns the walls of the library.

In 2013, by noticing how much the library has evolved and how much the Deux-Montagnes library has become a place of fulfillment (personal, social and intellectual), Ms. Savoie mentioned: “I rejoice when I see the boom that has led our small documentation center to digital books that our readers can now enjoy. Like our fabulist’s “La mouche du coche”, I like to congratulate myself for having laid the first stone. ” 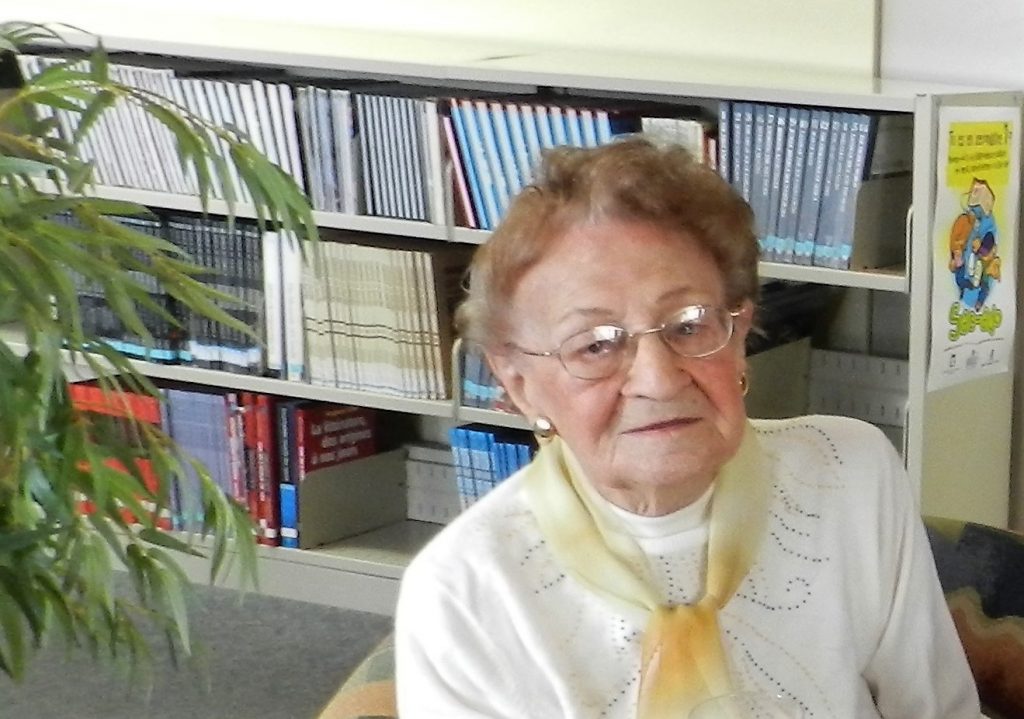 At 108 years old, Mrs. Annette Savoie still signs an opinion letter published in La Presse, entitled Girls, don’t give up! Centennial reflections on the evolution of women.  There is no need to say, she has always had the cause of women at heart.

“We recognize Ms. Savoie’s invaluable contribution to our community. She was a pioneer in Deux-Montagnes whose heritage will never be forgotten. On my behalf and on behalf of the members of the municipal council, I wish to express my condolences to the family and friends of Ms. Savoie. Our thoughts are with them,”  said Denis Martin, mayor of Deux-Montagnes.