Deux-Montagnes, July 2, 2019 – Following the spring floods experienced over the past two years, the Québec government has adopted a draft order to declare a special planning zone (SPZ) to promote better management of flood zones.

With this draft order, the government aims in particular to impose a moratorium on the construction and reconstruction of buildings located on the territories covered by the SPZ, until the development of a new normative framework by the Government of Quebec.

On Thursday, July 4, 2019, public consultation meetings will be held across the province, during which the government wishes to hear from individuals and organizations wishing to speak on the draft order. It is also possible to send comments and concerns by email to  zis2019@mamh.gouv.qc.ca,  until July 4th .

THIS CARTOGRAPHY IS CONSIDERED UNACCEPTABLE BY THE CITY OF DEUX-MONTAGNES

The City of Deux-Montagnes does not understand the areas that are part of the SPZ, which cause damage to several residences never flooded or considered in flood zone. The City is therefore very concerned about the size of the SPZ.

” No justification has been provided to the City and its citizens on how these zones were created. An accurate cartography taking into account the data of 2017 and 2019 was carried out by the Montreal Metropolitan Community, with the help of hydrologists and experts. The special planning zone of the government does not take any of this report in account  “, says the mayor of Deux-Montagnes Denis Martin.

The City strongly encourages the population affected by the SPZ to attend this consultation on Thursday, July 4th, to better know the intentions of the government and to ask for clear explanations.

➡  To find out if your residence is in the SPZ, consult the map online at  https://www.cehq.gouv.qc.ca/zones-inond/carte-esri-czi/index.html 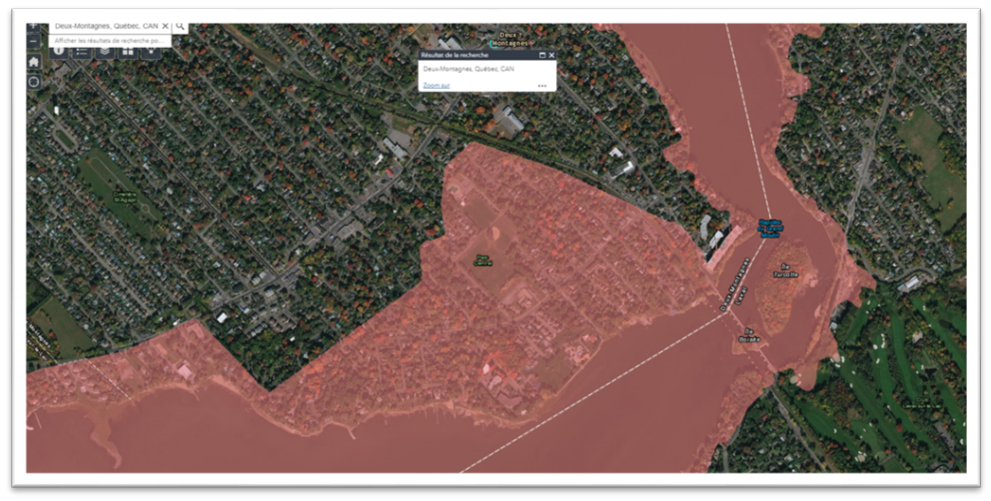 You will be able to consult, among others, the following documents: