Deux-Montagnes, September 6, 2019 – At a press conference held in Deux-Montagnes this morning, the Honourable François-Philippe Champagne, federal minister of Infrastructure and Communities, announced an investment of $49.2 million in three projects that will help protect the cities of Deux-Montagnes, Sainte-Marthe-sur-le-Lac, Boisbriand, Saint-Eustache, and Rosemère, as well as the municipalities of Pointe-Calumet, Saint-Joseph-du-Lac and Oka against flooding.

Of the total amount, $18 million will be allocated to flood protection works in Deux-Montagnes, as well as in the municipalities of Oka, Pointe-Calumet, and Saint-Joseph-du-Lac. In addressing Mayor Denis Martin, Minister Champagne acknowledged the City of Deux-Montagnes’ commitment to obtaining this significant grant. “You have taken the lead to ensure that your project covered the entire territory,” he said.

Deux-Montagnes is proud to have been the instigator and coordinator of the grant application, which included a number of projects where significant funds are now being allocated for the benefit of surrounding communities, including the territories of Saint-Eustache, Boisbriand and Rosemère. The three territories will receive $11.2 million to help protect residents living along the Mille Îles River.

Deux-Montagnes Mayor Denis Martin praised the hard work of his administration, especially the contribution of general manager Benoit Ferland, who quickly brought together the needs of his counterparts in neighbouring municipalities to come up with this major joint project to increase their protection against flooding. “For our part, we’ve been working very hard for over two years to find sustainable solutions. The substantial funding announced today will allow us to move ahead for the good of our residents. They’re the reason we put so much effort into getting this done in the first place,” Mayor Martin said.

A sum of $20 million will also be allocated for the development of the new dike in Sainte-Marthe-sur-le-Lac.

“It’s essential to act now to ensure the health and safety of families in the Lower Laurentians,” Minister Champagne said.

The funds announced this morning are being provided through the Disaster Mitigation and Adaptation Fund. The municipalities involved in the various projects will also contribute to the financial package.

Part of the funding will be allocated for the construction of the permanent dike. Work on the dike has already been authorized by the Government of Quebec and will begin in the days ahead. “We want to be ready for spring 2020,” Mayor Martin said. Dismantling work on the temporary dike has been ongoing since August.

Additional work is then planned to improve various infrastructure items (storm sewers, water retention basins). These improvements will provide even greater security for the City of Deux-Montagnes in the event of flooding. 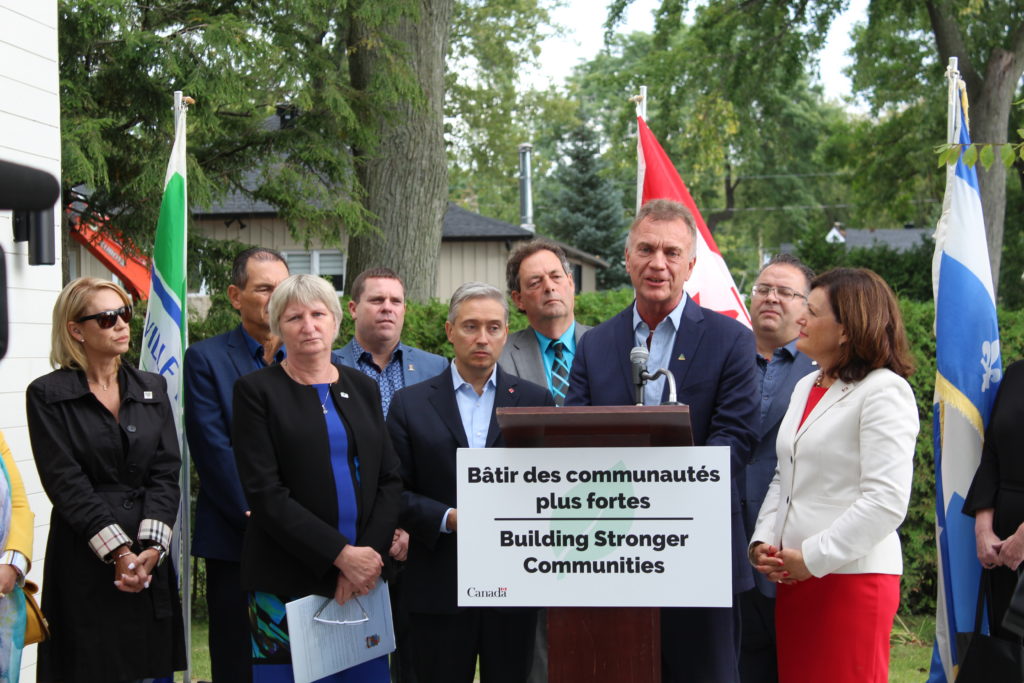